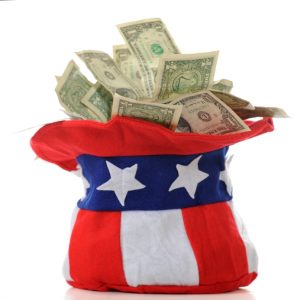 Moms may receive a book on personal finance as their Mother’s Day gift this year, as the National Foundation for Credit Counseling (NFCC) recent online poll revealed that if financial advice were needed, more people would reach out to dad than mom for help.

Moreover, the majority of poll respondents, sixty-four percent, felt as though they could obtain better advice than what either mom or dad can offer. Considering the abundance of financial guidance available, consumers indeed have many options, but leaving parents out of the equation might mean missing an opportunity for solid, tried and true financial advice.

“Taken together, only slightly more than one-third of respondents would turn to either parent,” said Melodee Sheils, Director for Consumer Credit Counseling Service (CCCS), a program of Graceworks Lutheran Social Services.  “Younger generations may want to reconsider where they seek financial advice, as the data associated with baby boomers from the NFCC’s 2014 Financial Literacy Survey indicates that the 55-64 age range has their financial act together in many areas associated with successful money management.”

·         Sixty-four percent give themselves a grade of A or B on their knowledge of personal finance.

·         Eighty-two percent pay all of their bills on time and have no debts in collections.  The only age group with a better record (91%) are those age 65 and above.

·         Only three percent are worried about not being able to pay their credit card debt, and a meager one percent has made a payment that was less than the required minimum in the past 12 months.

·         Seventy-two percent report having savings beyond that earmarked for retirement.

·         People in the two oldest age groups, 55-64 and those over 65, contribute at least 20 percent annually toward their retirement savings.

Sheils also noted that many in the baby boomer generation apparently feel confident about the lifetime of financial decisions they’ve made.  When asked if their money could talk, 45 percent indicated it would say “we’ve been a successful team.”

If consumers elect to seek advice from a business or organization, it is important to choose wisely when selecting who to turn to for help.  In advance of making a decision, the NFCC recommends checking with the Better Business Bureau and the state Attorney General’s office.  Also, ask friends or the Human Resource department at work for recommendations.

If you seek advice and answers beyond what your parents may offer, consider reaching out to a nonprofit NFCC member agency, such as CCCS, here in the Miami Valley. Call us at 937-643-2227 or toll free (800) 377-2432. www.graceworksdebtcounseling.org. Inquire about the NFCC’s Sharpen Your Financial Focus™ program which has helped tens of thousands of people find solutions to their financial concerns.

The NFCC April poll question and results are as follows:

If I needed personal financial advice, I would ask

Note: The NFCC’s April Financial Literacy Opinion Index was conducted via the homepage of the NFCC website (www.DebtAdvice.org) from April 1–30, 2014, and was answered by 861 individuals.